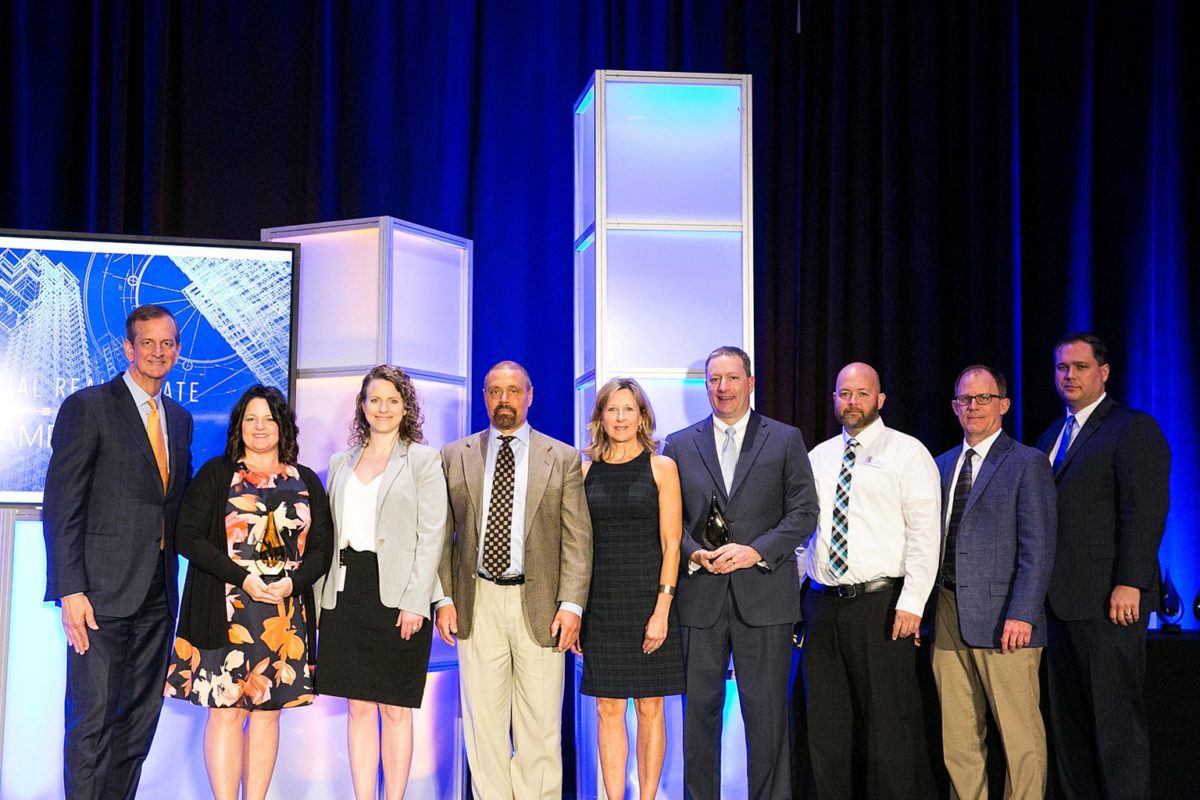 BrightSpring and NTS Development Company were recently recognized as 2019 Commercial Real Estate Champions by Business First for their work in designing and building the health service company’s new headquarters in Louisville’s east end. The BrightSpring “Support Center” project was also named “Best Headquarters” by a panel of judges.

Since 2012, Louisville Business First has recognized developments and deals that exemplify excellence in the industry as “Commercial Real Estate Champions.” Dozens of local projects were nominated for this year’s program. Each award-winning project was selected by a panel of certified commercial investor members, who reviewed the applications and weighed them based on their innovation, importance, impact and other factors. A team of Business First editors also awarded superlative awards in 12 categories — including BrightSpring for “Best Headquarters” — to developments and transactions that have left major impressions on the Greater Louisville area.

“We are so proud of our Support Center, as it embodies the continued transformation of our company,” said BrightSpring Chief of Staff Lisa Nalley. “Consistent with ongoing strategies and investments in our people and culture, the new surroundings give current and future employees the opportunity to work in a collaborative environment that is flexible and representative of the newest innovations in office design and technology.”

BrightSpring moved into its award-winning headquarters in November 2018. The Support Center was designed to create collaborative and inclusive atmosphere. The company has nearly 380 employees working on the top two floors of the 140,000 square foot Support Center. Prior to the move, BrightSpring spent 40 years at a 100,000 square foot location, but the building had a more office-heavy layout that was less conducive to the new type of work culture BrightSpring wants to foster.

Click here for recent media coverage of the new building.